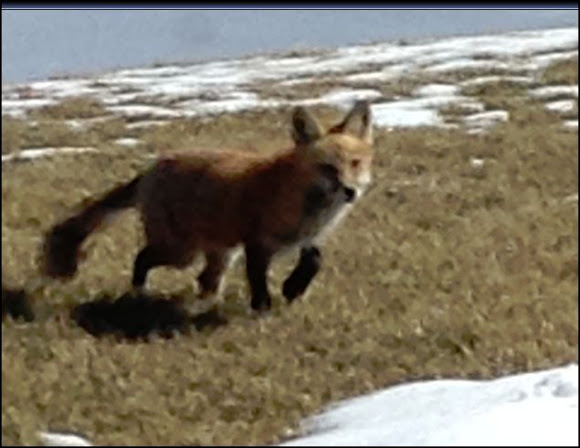 The red fox has red-orange hair on it's back, and white on it's underside. It has a lung bushy tail and tipped ears with black legs and feet.

The Red Fox is found is found in wooded areas, farmland, and prairies, which would relate to them being native to Illinois.

The Red Fox has a lifespan of about 5 years. It moves at the speed of about 4-8 mph while trotting. It is one of the largest true fox and is located is mostly the northern hemisphere. It lives either alone, with it's mate, with it's mate and young, or a single male with many ties to families. It is also not endangered, even though being a very popular fur. Fur of foxes found in cold places such as Illinois is very long, dense, and fluffy, while southern red foxes have much shorter and corser texture.

Nice spotting, Austin TM.
What camera did you use for this ?