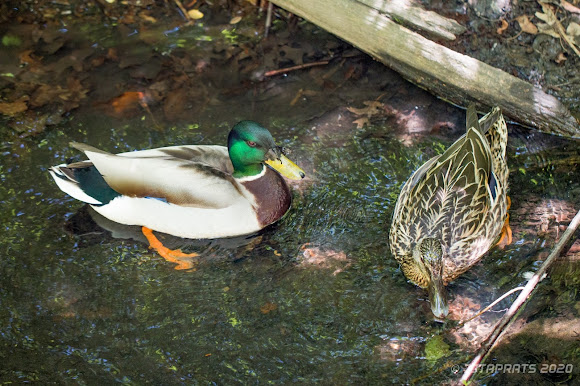 Male and Female Mallard Duck. The male have a glossy green head and are grey on wings and belly, while the females have mainly brown-speckled plumage. Both sexes have an area of white-bordered black speculum feathers which commonly also include iridescent blue feathers especially among males.

Spotted at Central Park - New York. It breeds throughout the temperate and subtropical Americas, Europe, Asia, and North Africa, and has been introduced to New Zealand, Australia, Peru, Brazil, Uruguay, Argentina, Chile, the Falkland Islands and South Africa.