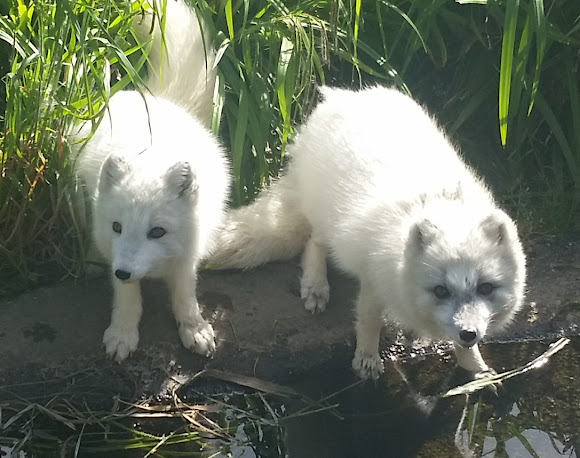 White Fur and black eyes. Their fur changes to a brown in the summer to help keep them hidden in the tundra.

Found in treeless tundra extending through the Arctic regions (usually in coastal areas), including Eurasia, North America, Greenland and Iceland.(This spotting was at Point Defiance Zoo).

The decline of the fur-hunting industry is great news for the Arctic fox, but their long-term existence is still in jeopardy. Because they have so many pups per litter, populations can withstand a high level of hunting, but this does not allow for hunting when population numbers are low. Even in this captive setting I was lucky to get a picture of the two of them together.