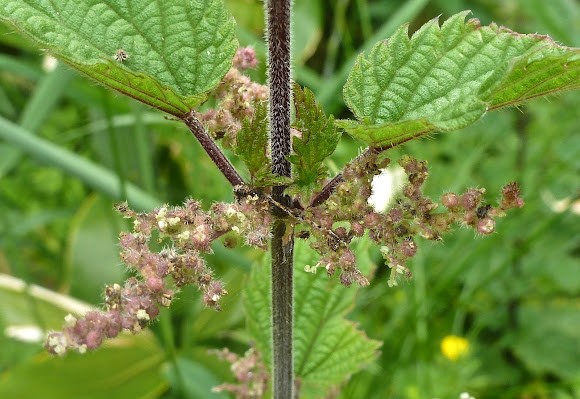 Stinging nettle or common nettle, Urtica dioica, is a herbaceous perennial flowering plant, native to Europe, Asia, northern Africa, and North America, and is the best-known member of the nettle genus Urtica. The plant has many hollow stinging hairs called trichomes on its leaves and stems, which act like hypodermic needles, injecting histamine and other chemicals that produce a stinging sensation when contacted by humans and other animals.[1] The plant has a long history of use as a medicine and as a food source.

Stinging nettles are abundant in northern Europe and much of Asia, usually found in the countryside. In Europe stinging nettles have a strong association with human habitation and buildings. The presence of nettles may indicate that a building has been long abandoned. Human and animal waste may be responsible for elevated levels of phosphate and nitrogen in the soil, providing an ideal environment for stinging nettles.

Thanks AnnMarie. Yes I know stinging nettle but don't think I have ever noticed it in flower before...

Looks like Stinging Nettle - don't brush against it, those little hairs you see get into your skin, leaving an itchy/painful skin irritation.