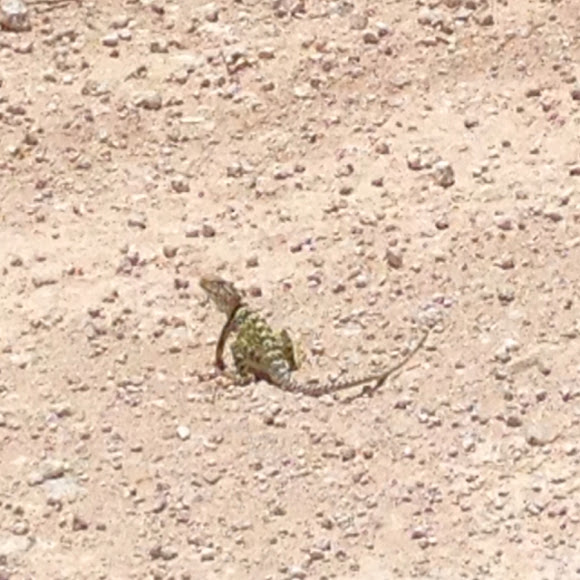 The name "collared lizard" comes from the lizard's distinct coloration, which includes bands of black around the neck and shoulders that look like a collar.

The collared lizard, is a North American lizard that can reach 8–14 inches (20–36 cm) in length (including the tail), with a large head and powerful jaws. They are well known for the ability to run on their hind legs, looking like small theropod dinosaurs. Chiefly found in dry, open regions of Mexico and the south-central United States including Missouri, Texas, Arizona, and Kansas, the full extent of its habitat in the United States ranges from the Ozark Mountains to southern California.