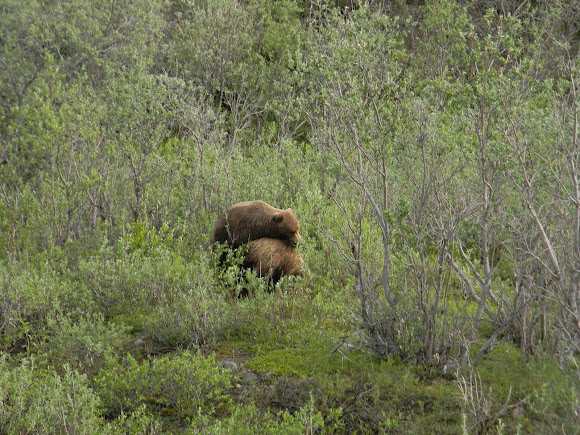 We spotted this pair of Grizzly Bears on the 6am shuttle bus to Eilson Visitor's Center after passing Savage River. Two busses were stopped watching animals. Our bus was watching a single grizzly of unknown sex. The second bus was fifty feet in front of us. When the first bus moved, our bus moved forward and we could see this pair of Grizzlies mating. We watched for at least 30 minutes, before driving on. The fascination of the humans inside the bus watching was almost as interesting as the Grizzlies.