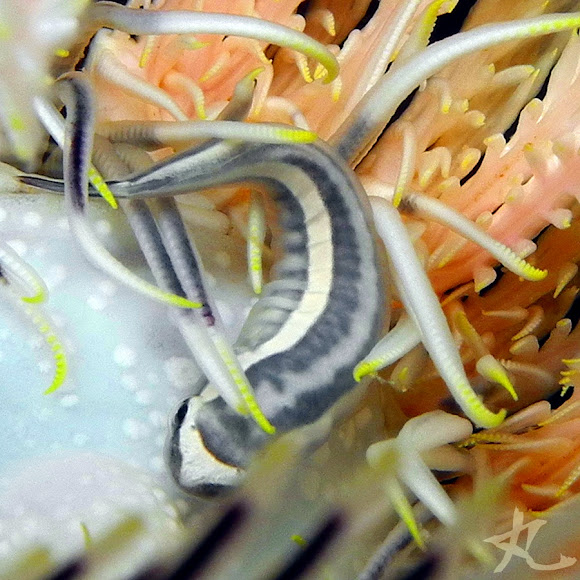 Also referred to as Discotrema crinophilum, and also known as Striped Clingfish and Sea-lily Clingfish. Their skin is smooth, lacking scales, and covered in a layer of mucus for protection -- also possibly as a defense against getting stuck to the feather star's adhesive arms. This species is typically associated with crinoids (feather stars), and it usually mimics the color of its host. They feed on molluscs, and grow to a length of about 3cm.

Found singly or in pairs on coastal and inner protected reefs hiding in the arms of crinoids. Widespread in the East Indo-West Pacific region, at depths of 8 to 20m.

I spotted this 2cm-long clingfish all by itself on a white feather star, at a depth of close to 25m. I guess they do change their colors because on another feather star, this time dark red, I spotted a couple of clingfish that were mimicking the color of their host.