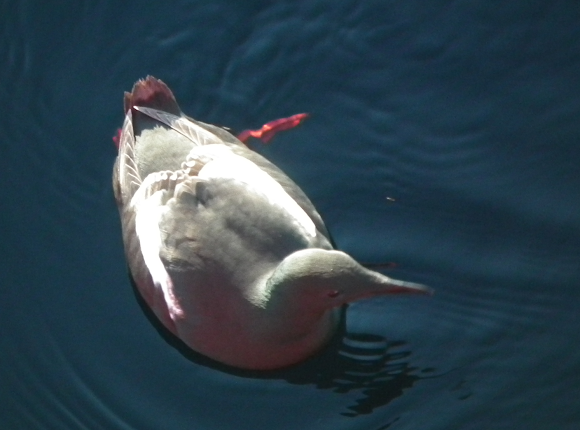 A member of the auk family, easy to distinguish in its range (North Atlantic) from the guillemots in the Uria genus by the lack of a white belly and the bright red legs (summer). White wing patches are visible especially when the bird has its wings closed. Also don't flock in large numbers as other guillemots do. They can dive to considerable depths to get food.

Breed on rocky cliffs, spend most of their time out at sea. They are found on the eastern coast of N America, as far south as Maine, around western Europe as far south as Ireland, and even in the sea ice, around Greenland, where I found these guys.

I found these guys around the Greenland ice margin, with the first picture actually taken while we were quite deep in the sea ice. Thought it might be interesting to add that the first pic was taken at midnight!