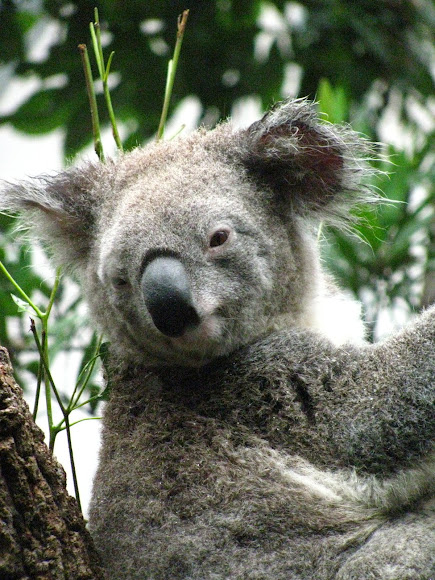 The koala is broadly similar in appearance to the wombat (its closest living relative), but has a thicker coat, much larger ears, and longer limbs. The koala has large, sharp claws to assist with climbing tree trunks. Weight varies from about 14 kg (31 lb) for a large southern male, to about 5 kg (11 lb) for a small northern female. The koala's five fingers include two opposable thumbs, providing better gripping ability. The first two fingers are positioned in apposition on the front paws, and the first three fingers for the hind paws. The koala is one of the few mammals (other than primates) that have fingerprints. Koala fingerprints are similar to human fingerprints