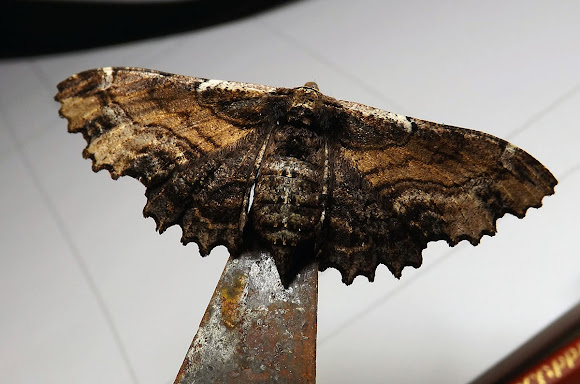 Leptospermum petersonii. This specimen was kept in a container after being discovered on March 1, 2014. She was 1cm long looper. She grew to 8cm long by March 14. She lived in moistened clumps of Lemon-scented Tea Tree until she dropped to the sand at the bottom of the container and began to change. The images are in reverse order and there is an early entry of the same specimen when its species was not known at http://www.projectnoah.org/spottings/225... Copies of the images have been sent for verification as the caterpillar is markedly different from those shown as examples

When she began to pupate the plant matter was removed from the sand which was sterilized in an oven and filtered water was used to keep a basic humidity present in the container. The container was kept a few mm open near a shaded window among indoor palms