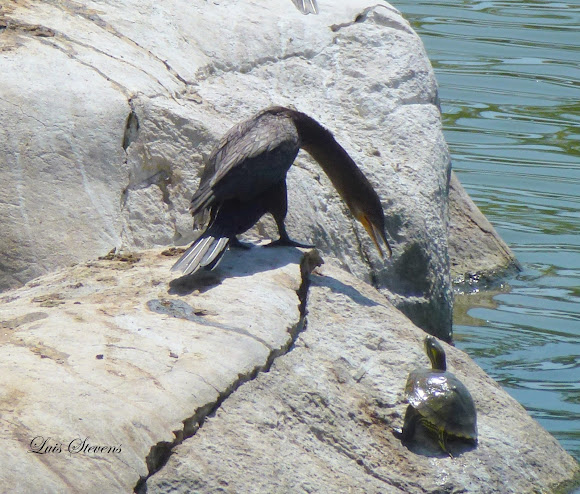 I was really amused watching the interaction between the cormorant and the turtle. The cormorant was basking in the sun in a rock (pic #2) when a turtle came out of the water(pic #3). Obviously the cormorant wanted to see if the turtle was a threat (pic# 1), then it decided it wasn't. Then the two shared the rock.

Lagoons and ponds where they fish undewater.

They can hold their breath for a long time and swim fast underwater.

Thank you Alice Long Martin, it was fun watching these two.