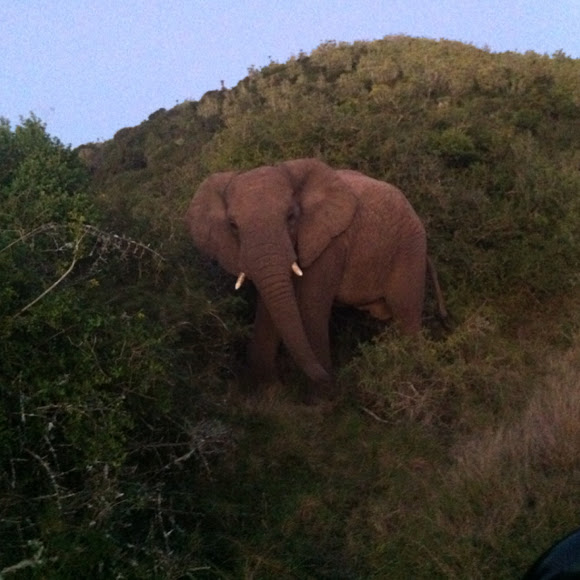 African elephants are the elephants of the genus Loxodonta (Greek for 'oblique-sided tooth'[2]), consisting of two extant species, the African bush elephant and the smaller African forest elephant. Loxodonta is one of the two existing genera in the family Elephantidae. Although it is commonly believed that the genus was named by Georges Cuvier in 1825, Cuvier spelled it Loxodonte.

Nice spot Motzn!
Where you know the species as in this case, please can you look up & add the scientific name so that we can take this off of the "unknown" list. Because we have a global user base & sometimes many different common names for the same species, the system uses the scientific name to link similar spottings - which also means this may come up in the thumbnails on other spottings & more people may take a look & favorite it. Without the scientific name this will continue to show up as unidentified & you may get further ID suggestions from other users.