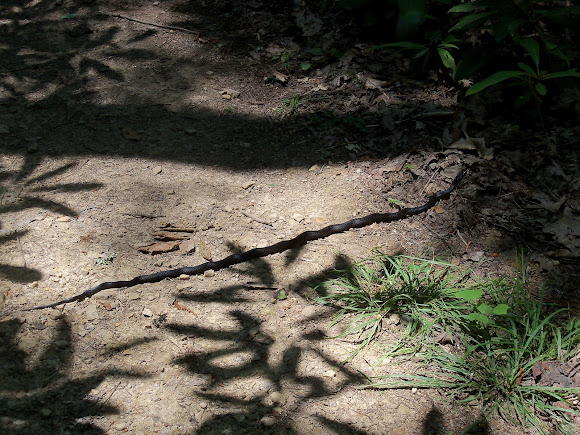 My husband and I were hiking the CCC Trail at Hungry Mother State Park in Marion, VA. Another hiker passed us and told us there was a snake across the trail that had stayed there while he took pictures of it. We hiked a little further and there it was--it stayed there without moving (yes, it was alive) while I took pictures of it also. The park field guide lists a black rat snake as being in the park, but I didn't know if other species that look similar might also be present.