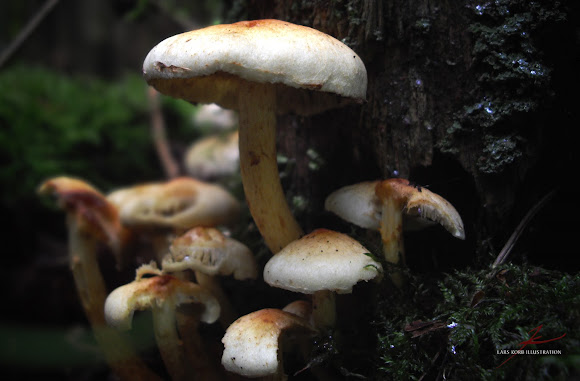 Toxicity: Symptoms may be delayed for 5–10 hours after consumption, after which time there may be diarrhea, nausea, vomiting, proteinuria and collapse. Paralysis and impaired vision have been recorded. Symptoms generally resolve over a few days. The autopsy of one fatality revealed fulminant hepatitis reminiscent of amatoxin poisoning, along with involvement of kidneys and myocardium. The mushroom was consumed in a dish with other species so the death cannot be attributed to sulfur tuft with certainty.