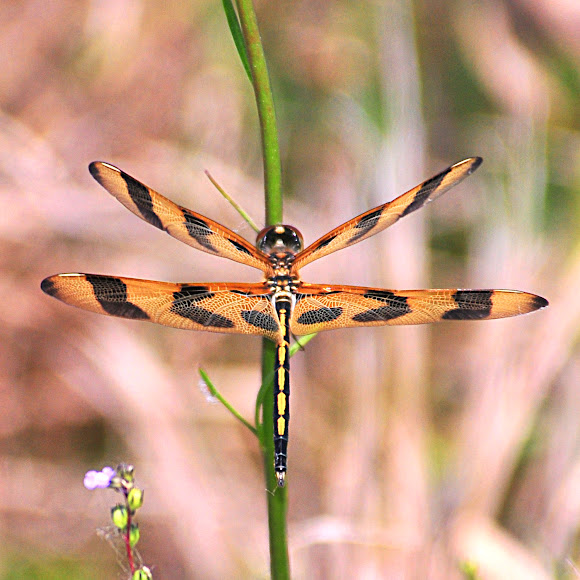 The Halloween Pennant has been described as looking very similar to a butterfly. Its wings are orange-yellow in color, though its markings are dark brown, not black as is commonly believed; the entirely orange-yellow wings with dark brown bands are what has given it its Halloween common name and its typical position of being perched at the tip of a weed stalk, waving in the breeze like a pennant contributes to the remainder of its common name. Total length: 30-42 mm; abdomen: 20-30 mm; hindwing: 27-35 mm.

Life Cycle Males are not territorial, perch near edge of ponds, waiting for incoming females. Mating typically takes place in the morning. Oviposition is in tandem. Frequently seen perched on weeds in fields as it forages, pivoting with the wind. Usually the most common of the Celithemis pennants.

East End aka Lorelei 9 years ago