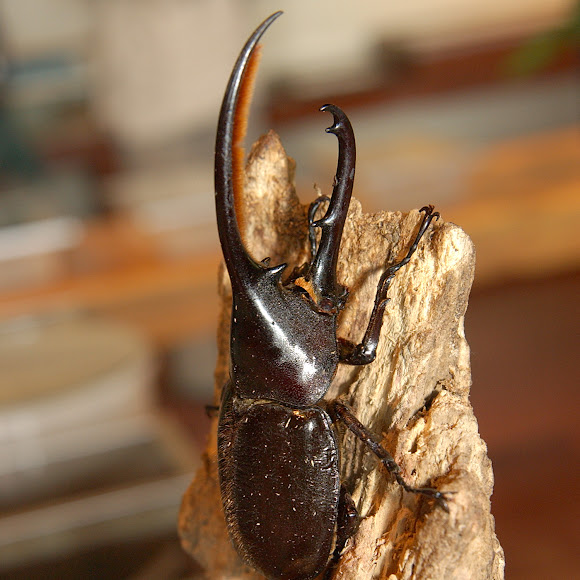 A dark brown beetle almost six inches long. The most distinctive feature of the Hercules beetle has to be the enormous horn-like pincers which protrude from the forehead of the males.

Rainforest. This was seen at the lodge in Monteverde

This scarab beetle is most noted for its thoracic and cephalic horns, which can grow longer than the body of the beetle itself. This horn is primarily used during fights with other males. Features of this species are the numerous small black spots on the elytra and the thick hairs on the underside of the thoracic horn. The Hercules beetle is said to be the strongest creature on earth for its size, able to carry 850 times its own body weight.

Great shot! Surprising to read about its strength.