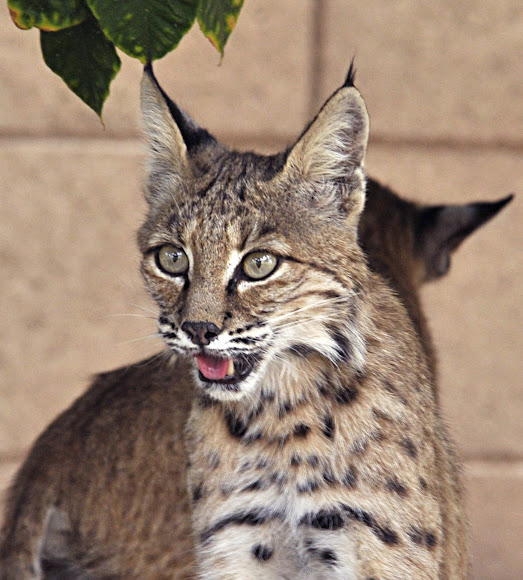 Bobcats are found throughout Arizona at all elevations and landscape from the desert to rocky and forested areas. Since neighborhoods are continually expanding into wildlife territory, it is not unusual to find bobcats lounging and napping in home backyards under bushes and vegetation. During daylight hours, the bobcat sleeps in rocky crevices, caves, thick brush and even hollow decaying tree logs. A lone male bobcat may have a territory that overlaps with female bobcats for breeding convenience.

Bobcats are timid and typically avoid human contact, but do not let their relatively small size fool you. They are tremendously strong and can bring down a small deer. They can become ferocious when challenged, so never approach a bobcat. Although they may look like a very large and friendly domestic cat, they can inflict serious harm with large claws and teeth. Bobcats are very territorial and are generally seen alone although groups may consist of mating pairs, siblings and mothers with kittens. They will defend a territory of 1 to 12 square miles. Bobcats are nocturnal and most active from sunset to near sunrise when they are hunting. Their diet consists of rabbits, rats, mice and small wild game but are known to stalk and kill larger game including small deer. It takes a bobcat about two years to mature to breeding age. The breeding season is generally late winter to early spring. The bobcat's gestation period is usually 50 to 60 days and give birth of one to three kittens. The female bobcat raises its kittens alone and nurses them for about two months before teaching them how to hunt

Wonderful photo Dottie! Is there a story you can share about this encounter?