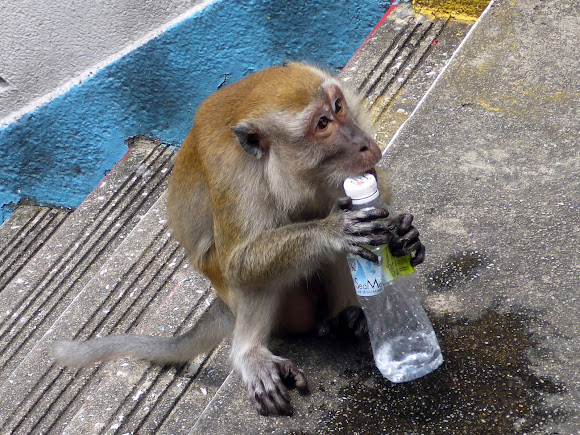 Long-tailed macaque - also called crab-eating macaque - are native to southeast Asia. They are very numerous in the hills around Batu Caves, Malaysia, where these photos were taken. Around the Batu Caves, I observed them to be very sneaky, thieving and relatively agressive due to their frequent exposure to tourists and human consumables. They especially have a weakness for drinks in cans and bottles (which they will chew until they can access the liquid - either from the floor or directly from the container, cf. video), flower ornaments and plastic bags (which they will steal and rummage through from a safe distance).