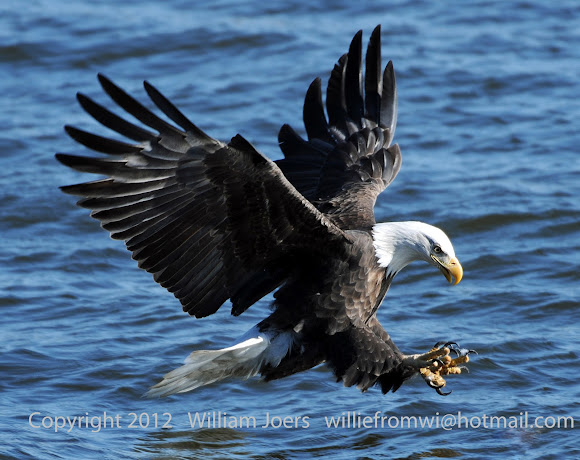 Thanks so very much for the kind words, Mona Pirih

Thank you for your comments, EnvUnlimited. The last photo is a fairly tight crop, the eagle was flying so close that I was unable to get the full bird in my capture. So rather then discard the photo, I simply cropped it to show the amazing detail of this beautiful bird.

A very belated thank you Adarsha B S, and Carol Milne for your comments.

Incredible photos. I am enjoying all your birds.

Thanks so much for the comments, Satyen, Ashish, Leuba, and Telsa. I appreciate you taking the time to both look at, and comment on my spotting.

This is Flagship bird of USA.... True identity.

This bird was definitely created to be an emblem - so majestic ! and you do it so much justice through your photography Willie...

Thank you MariaPomsaharova, In the winter I generally drive out of state and spend several days watching and trying to photograph these majestic birds. I am thrilled you enjoyed my series and appreciate you taking the time to comment.

the first shot is absolutely amazing! love the series.

Glad you liked my capture, and series Chocolochao

Thank you so much SunnyJosef, I admire your spottings as well. I am looking forward to seeing more of your work.

I will work on adding my raptors to your mission Joshua, i think you need to work on changing the title of your mission.

Bill, the mission is a local one only. I emailed Joshua last week asking him to change the title & instructions but as he has failed to do so I have done this for him.

yeah Willie for sure haha! anything you want to add buddy :)

Joshua, I have a few eagle spottings a few great horned owl spottings, an Osprey spotting, a kestrel spotting, would you like me to add them all too?

Heya Willie! Please think about adding this spotting to Raptors of the World! :)
http://www.projectnoah.org/missions/1205...