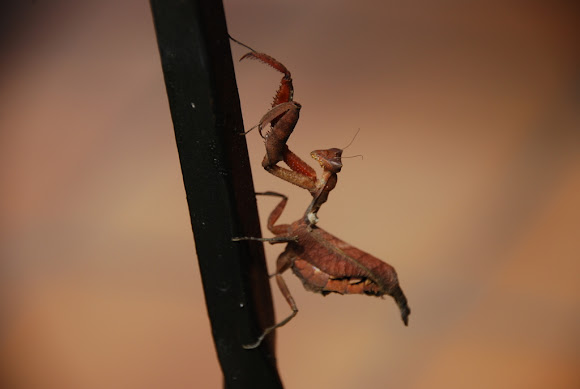 Acanthops falcataria, common name South American Dead Leaf Mantis, is a species of praying mantis placed historically in the family Acanthopidae and is one of many mantis from various genera that resembles a dead leaf.

Mantis are found worldwide in warm and tropical climates. There are twenty-three hundred species worldwide, mostly in the tropical rainforests of South America, Africa, and Southeast Asia.

Now you see me, now you don't.

Please consider adding this to the Mimetic Animals mission.