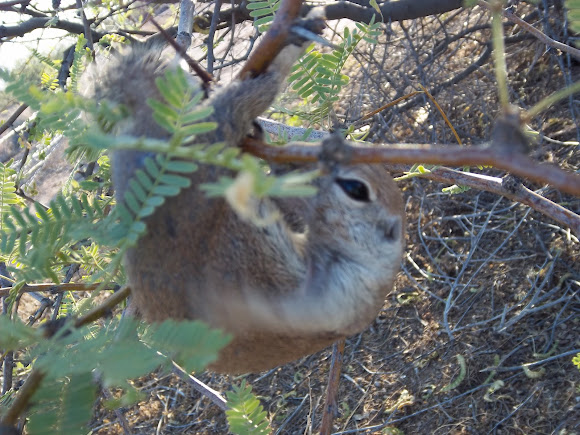 Round tailed ground squirrels live in desert burrows in the south western united states All have a long round tail and long, hairy hind feet. They have no fur markings, instead having a uniform sandy color, which matches the soil they burrow in. The underside of their body is usually a lighter shade. They can stay active even on the hottest of days, although they do tend to limit their activity during the heat of the afternoon Sun. They live underground in the winter, typically from late August or September until January or February.

Those are amazing photographs! You got so close!

yeah if I wasn't always looking for squirrels I doubt I ever would have noticed him. I'm glad too I was worried that with the leg injury he'd be killed by a snake or bird of prey

He was lucky that you were paying attention! I'm glad he seems OK.

Just saw him again today...hes really skittish but seems to be doing great