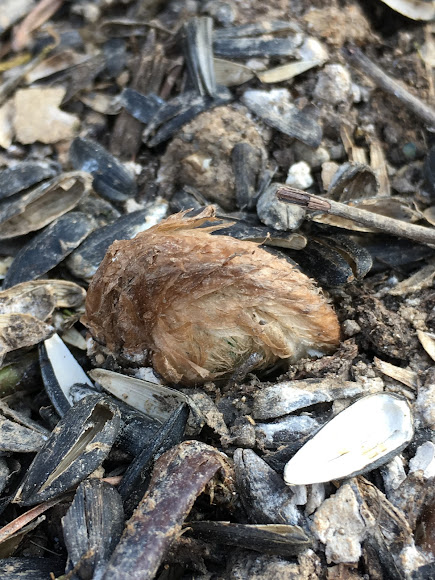 Polystichum acrostichoides, commonly denominated Christmas fern, is a perennial, evergreen fern native to eastern North America, from Nova Scotia, Canada west to Minnesota and south to Florida and eastern Texas. It is one of the commonest ferns in eastern North America, being found in moist and shady habitats in woodlands, rocky slopes, and stream banks. The common name derives from the evergreen fronds which are often still green at Christmas in December.

Growing in my flower garden.

This is a fern that I transplanted from the woods into my flower garden this past fall. The “fiddlehead” emerging from the soil caught me by surprise. (Oh yeah, and I have some bird feeders hanging above the fern - as you probably noticed the seeds) ;)