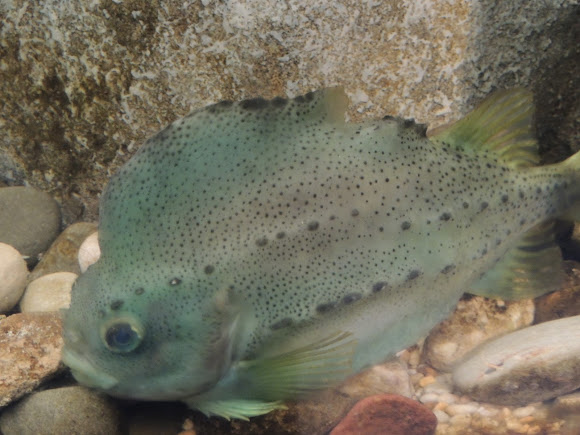 Lumpsuckers are named appropriately enough; their portly bodies are nearly spherical with generally drab coloration and lithic patterns. The "sucker" part refers to the fish's modified pelvic fins, which have evolved into adhesive discs (located ventrally, behind the pectoral fins); the fish use these discs to adhere to the substrate. Many species have bony, wart-like tubercles adorning the head and body; these are important taxonomic features of the family. The simple, rounded fins are small with the exception of the broad, fan-like pectorals, which actually extend ventrally. The first of the two dorsal fins is spinous, with 4-8 spines; in some species, this fin is completely overgrown with skin and therefore not visible. While the lateral line in lumpsuckers is otherwise reduced or absent, it is well developed in the head; some species even have tubular, whisker-like external projections of the opercular canal, which is a part of the cranial lateral line system.

Spotted at the Maritime Aquarium.