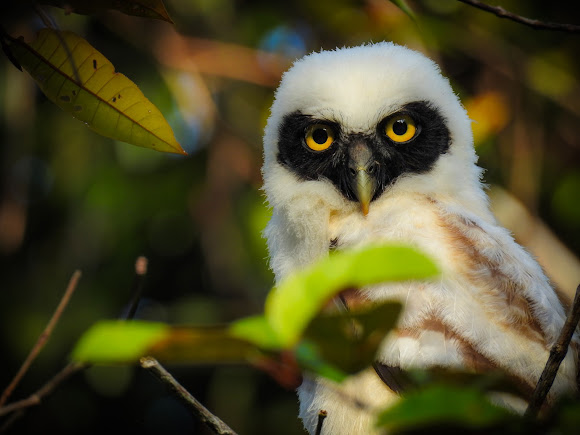 The spectacled owl, Pulsatrix perspicillata, is a large tropical owl native to the neotropics. It is a resident breeder in forests from southern Mexico and Trinidad, through Central America, south to southern Brazil, Paraguay and northwestern Argentina.[1] There are six subspecies.[2] One is occasionally treated as a separate species called the short-browed or brown spectacled owl[3] but the consensus is that it is still merely a race until more detailed analysis can be done.[4]

OMG this is so cute!

The owls around there look easier to spot than here in California! Every owl around here is totally camo'ed out.