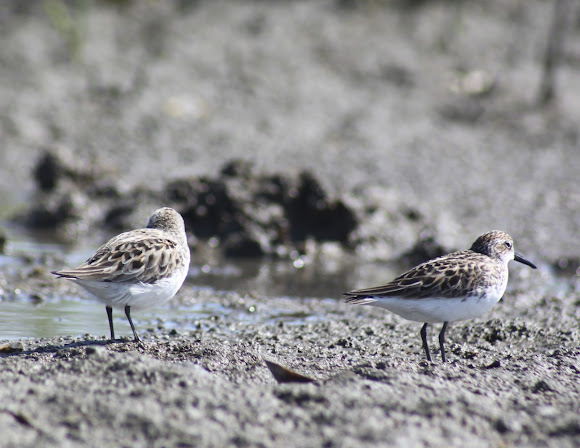 Sandpipers are a highly diverse family which include the ground-dwelling snipes and woodcocks to the highly pelagic Red Phalarope Phalaropus fulicarius. Biochemically they seem to have arisen from a single ancestor but underwent an explosive evolution in the early Tertiary after a great wave of extinctions in the late Cretaceous period (Piersma 1996). Today, the wide variety of sandpipers, and the close relationships of many, present numerous identification challenges. The identification literature alone is impressive. Further, the beautiful patterns and colors on juvenal-plumaged birds are among the most striking in the world, while the striking breeding plumage feathers serve to camouflage adults on their breeding grounds on the arctic tundra.

Sandpipers are found on shores and in wetlands around the globe, breeding on the Arctic tundra to more temperate climes.