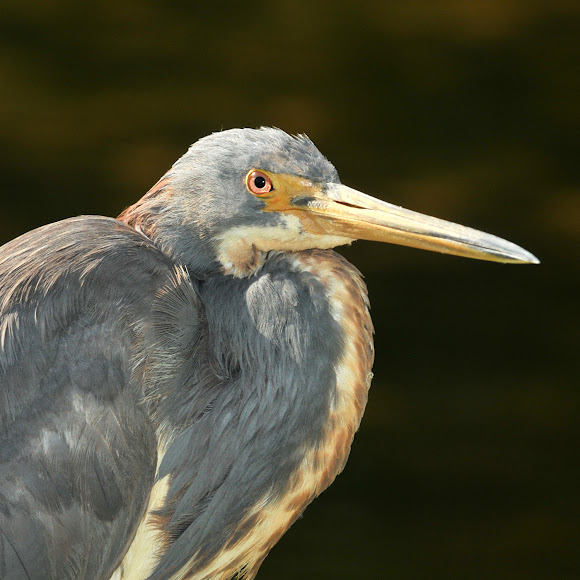 A medium-sized, slender heron of the southeastern United States. Long, slender neck and bill. Dark back and neck. White belly.

Breeds in southeastern New Mexico and Texas, on the Gulf Coast, and along the Atlantic coast north to southern Maine (rarely). Spends winters along the coast from Texas and New Jersey south to northern South America and West Indies. Preferred habitats include swamps, bayous, coastal ponds, salt marshes, mangrove islands, mudflats, and lagoons.

The Tricolored Heron is the only dark colored heron with a white belly. One of the most abundant herons found in the Deep South, it was formerly called the Louisiana Heron.

Beautiful detail on your spotting CopterDan