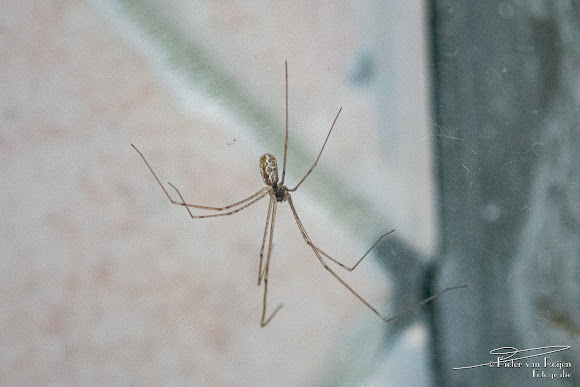 Pholcids are found in every continent in the world except Antarctica. Pholcids hang inverted in their messy and irregular-shaped webs. These webs are constructed in dark and damp recesses such as caves, under rocks and loose bark, abandoned mammal burrows. In areas of human habitation pholcids construct webs in undisturbed areas in buildings such as attics and cellars (hence the common name "cellar spider")