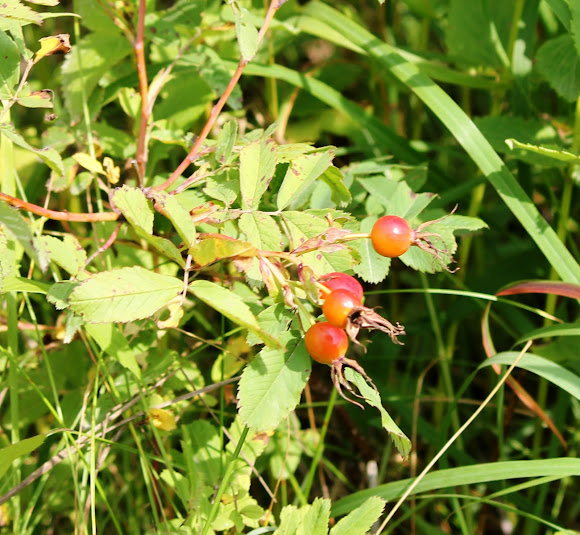 The round berry like fruits (rose hips) are about 1/2 inch in diameter, turning bright red in late summer. The prairie rose is a native plant in Minnesota. It's pink flowers bloom from June-July.

Spotted at Tamarac NWR near the Ottertail River at the Chippewa Picnic area. Habitat: part shade, sun, along roads and edges of woods. Also found in open prairie areas.

Prairie Rose establishes from seed distributed by wildlife, typically birds, that have consumed its nourishing fruit. Once established, they spread out from underground rhizomes, often forming colonies.