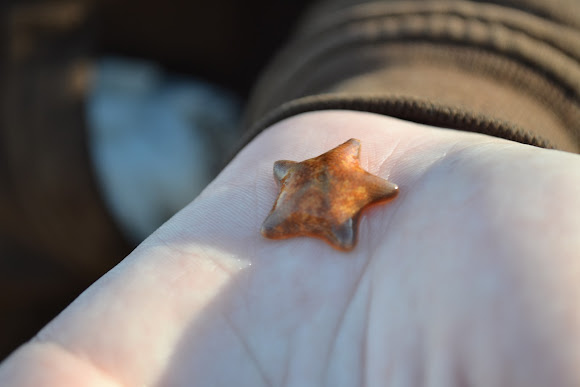 From Wikipedia: "The Bat star, also known as Sea bat, Webbed star,Bat Man and Broad-disk star, is an echinoderm of class Asteroidea. It typically has five arms, with the center disk of the animal being much wider than the stubby arms are in length. Although the bat star usually has five arms, it sometimes has as many as nine. Bat stars occur in many of colors, including green, purple, red, orange, yellow and brown, either mottled or solid."

In the intertidal zone ranging from Sitka, Alaska to Baja California.