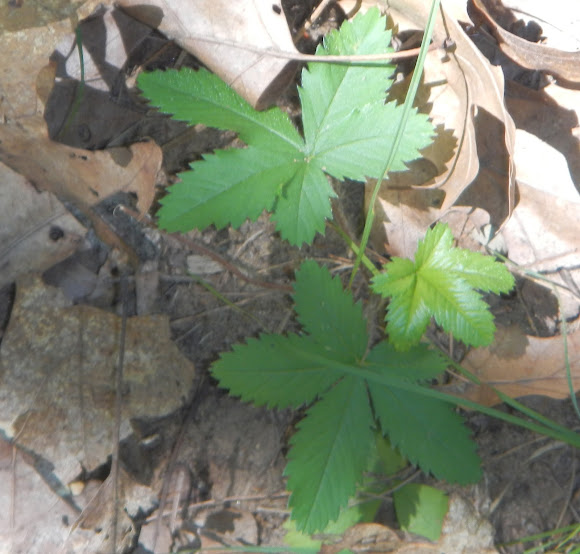 Sulfur cinquefoil is a perennial. It is an erect, hairy, generally unbranched plant with yellow flowers and leaves consisting of 5 to 7 coarsely-toothed leaflets. Leaflets are arranged such that they radiate from a common point like fingers on a hand. Sulfur cinquefoil reproduces by seeds.

Seedlings emerge in mid- to late spring and also in late summer. Plants flower from June through September. Each sulfur cinquefoil plant produces about 1,650 seeds. Seeds are wind dispersed. Mowing tends to result in shorter plants with more branches and spreading roots. Other cinquefoils are used as ornamentals or planted for soil erosion control.