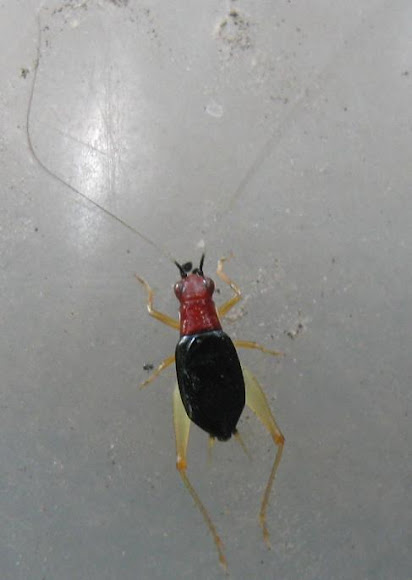 According to BugGuide, it is also called a Handsome Trig. This cricket has the convexed forewings is obviously the female.