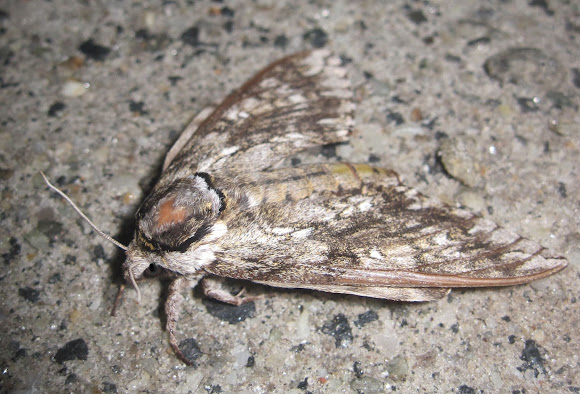 Poor moth had endured an attack by a bat, in which the bat just kept running into the moth. The moth was obviously injured, as you can see the absence of the tiny scales that make up the fur on the moth near the head (bald is beautiful!), and toward the back of the body. You can also see the edge of the wing has lost most of its scales. Second photo shows the patterning on the back of the wings. In the third photo, you can see some of the scales that make up the moth.