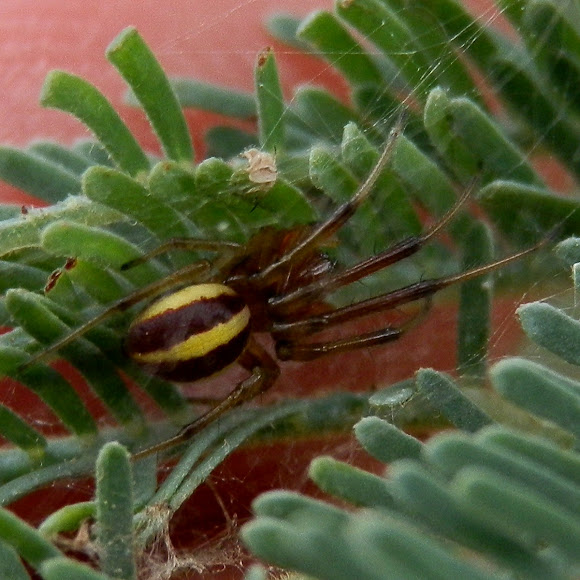 A small spider about 5 mm long with translucent brown legs and a rounded abdomen with dark brown and yellow stripes. The first two pairs of legs were folded over the head and held poiting forwards as in most orb weavers. A tangles web is just visible in the photo.

Spotted on an wattle tree

These spiders make a "messy" web by curling leaves,hence the name. Females are said to look like males but are almost four times bigger. Young females show stripes on the abdomen like males but these markings fade as they mature and totally disappear.
http://arachne.org.au/01_cms/details.asp...
Family: Araneidae