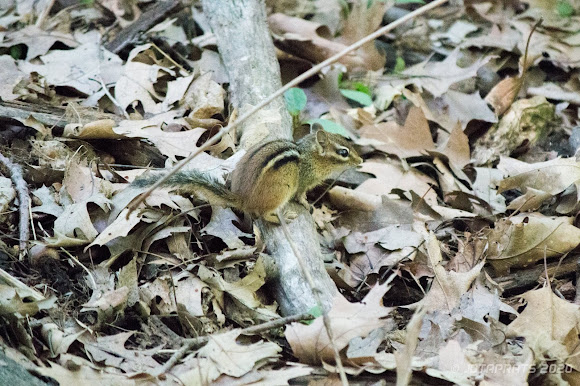 About 15 cm in length, reddish-brown fur on upper body and dark brown stripes contrasting with light brown stripes along its back, ending in a dark tail.

Spotted at north area of Central Park in the bush area, where their populations have resurged according to The Central Park Conservancy due the removal of trash cans to reduce rat populations in 2009. The eastern chipmunk lives in deciduous wooded areas and urban parks throughout the eastern United States and southern Canada. It prefers locations with rocky areas, brush or log piles, and shrubs to provide cover.

I saw a chipmunk in my back yard, it was tiny.