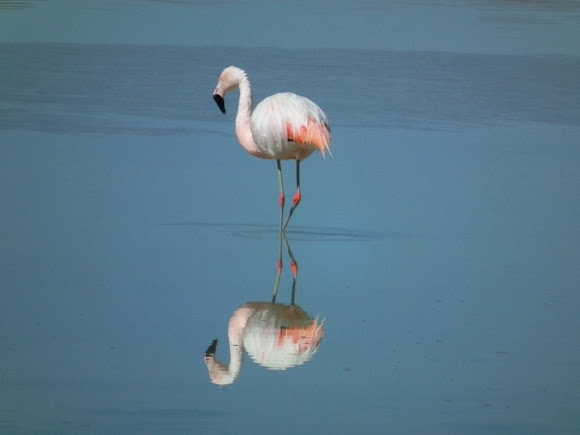 Chilean flamingos live in large flocks in the wild and require crowded conditions to stimulate breeding. During breeding season, males and females display a variety of behaviors to attract mates, including head flagging—swiveling their heads from side-to-side in tandem—and wing salutes, where the wings are repeatedly opened and closed. Males and females cooperate in building a pillar-shaped mud nest, and both incubate the egg laid by the female. Upon birth, the chicks have gray plumage; they don't gain adult coloration for two-three years. Both male and female flamingos can produce a nutritious milk-like substance in their crop gland to feed their young

It's possible to find in the southern of Chile, like Chiloe island and Patagonia