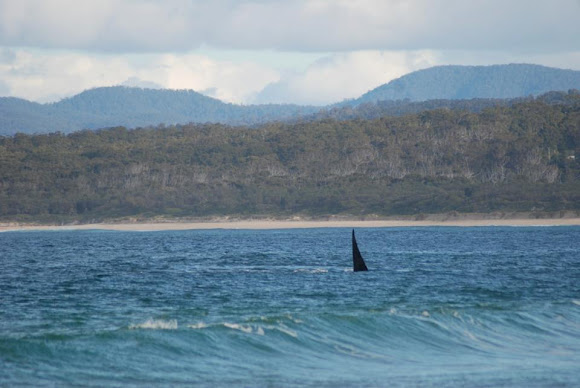 Southern Right Whale(s) (x3 animals) splashing around in Merimbula bay over several hours. They were travelling back and forth between the local wharf and where the surf was breaking. Behavioural displays including lots of head raises out of the water - sort of spyhopping - however the animals didn't keep their heads out of the water for very long. Lots of pec slapping; animals rolling onto their backs and flapping their pec fins across their stomachs. It appeared that one animal was smaller than the other two. Possible was a mother and a juvenile and an older sub adult?