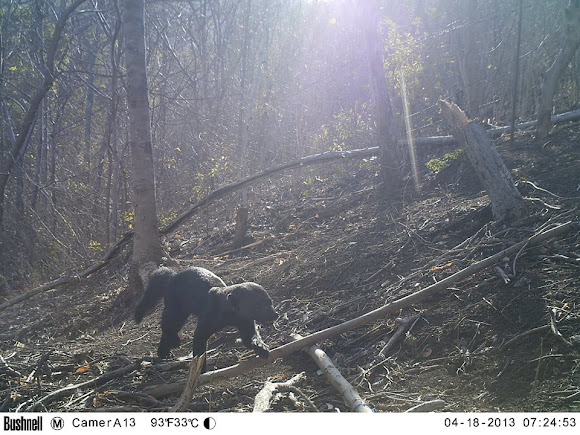 spotted in a dry tropical forest in a known animal trail at the tail end of the summer season. There may have been one or two fires occurring on neighboring farmland.

Also known as the tolomuco or perico ligero in Central America, irara in Brazil, san hol or viejo de monte in the Yucatan Peninsula, and high-woods dog (or historically chien bois.