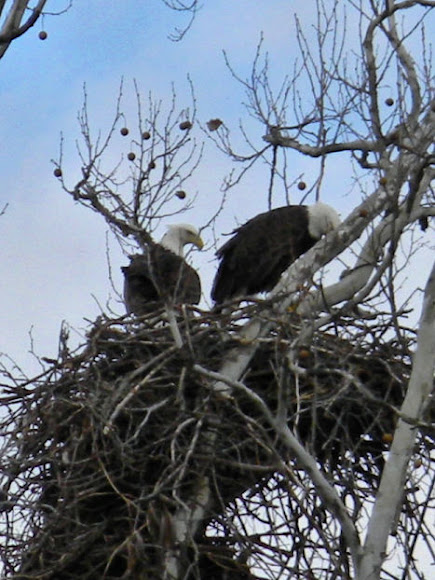 Nesting pair of bald eagles. "Compared to most other raptors which mostly nest in April or May, bald eagles are early breeders: nest building or reinforcing is often by mid-February, egg laying is often late February".

Above the James River, in the vicinity of Lake Springfield Park, Springfield, Missouri.

The last photograph is of the James River habitat of this spotting. The map marker has been generalized.

Wonderful to see the pair on the nest!