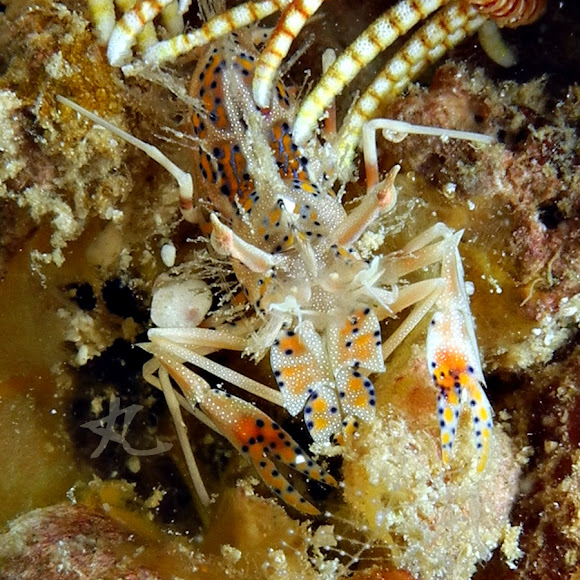 Very little is known about this cryptic shrimp species. Anecdotal reports have it that P. ceratophthalma (known also as Spiny Tiger Shrimp and Dragon Shrimp) feeds on sea stars and brittle stars. It grows to a maximum length of 2 to 2.5cm, and has distinctive orange markings with blue dots on its front claws and tail.

Found usually in pairs on sponges but especially on algae of coral and rocky reefs; rarely moves far from the same spot.

Ever since I first spotted a tiger shrimp last May 2012, it has been very elusive to divers. It seems that it is sensitive to disturbance and leaves its home when disturbed excessively. On a more encouraging note, Davao divers have noticed that the original pair spotted last year seems to be reproducing, as reports of smaller individuals have emerged.