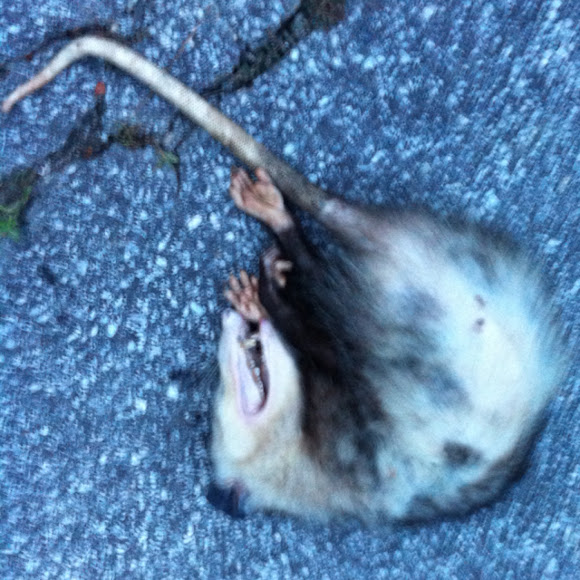 A unique arboreal marsupial which has the habit of fainting, (playing dead) when startled. This one was crossing a street when a dog ran up to it barking. After a few minutes, after dog was called off, the opossum got up and walked off.

Reportedly in all 48 States. Resides mainly in forrests, but will also live in cites. This one was seen in Cushing Park, in Canton, Ga 30114.

Thanks, some texts say they can make good pets, but not for ME anyway!

nice spotting and story - good to hear that s/he wandered off again unharmed!