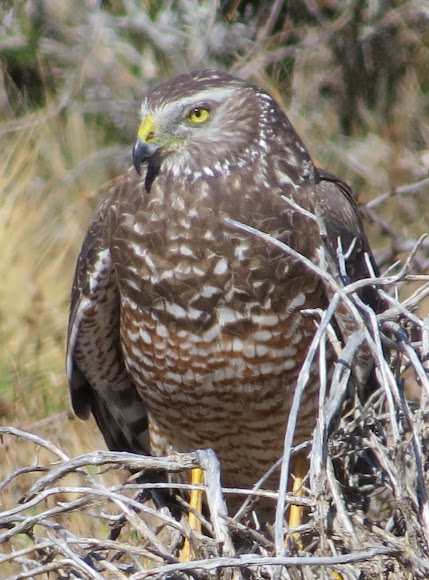 This beautiful Cinereous Harrier was hunting at the Laguna Nimez Reserve, El Calafate, Argentina. It would occasionally land on the ground and in shrubs.

The cinereous harrier (Circus cinereus) is a South American bird of prey of the harrier family. Its breeding range extends from the Tierra del Fuego through Argentina and Chile to Bolivia, Paraguay, Peru and southern Brasil; and across the Andes north to Colombia. The bird's population is declining but due to its large range is not considered vulnerable. The term cinereous, deriving from the Latin word for ashy, describes its colouration. Wikipedia