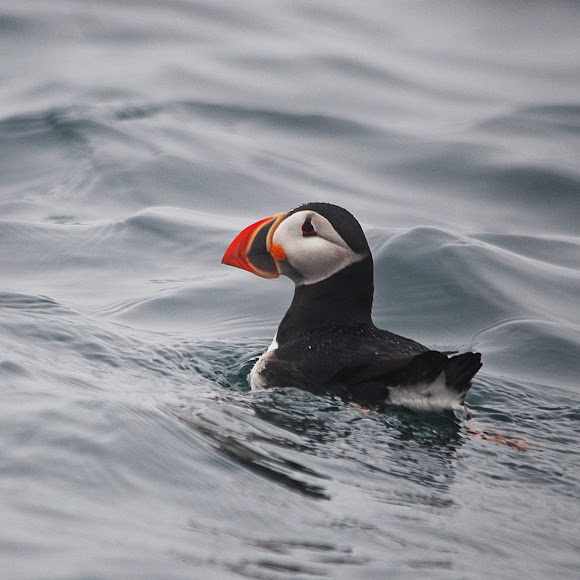 A small pigeon-sized bird. During the mating season they are black and white/grey with a brightly colored beak. During the rest of the year, they are duller in color.

Spend most of their lives in the North Atlantic out at sea. They nest in burrows on rocky coasts during the summer.

these pictures are of puffins off the coast of Maine at Machias Seal Island. The birds were nesting on the island, and so they have their mating plumage.

would you consider adding this to http://www.projectnoah.org/missions/1960...
thanks!

Thanks extremebirder. We almost missed out because of the epic downeast fog.

I have Atlantic Puffin pics too, but there not as good as yours!

Thank you birdlady. I'd highly recommend the Bold Coast Charter tour in Cutler, Maine. They do a small, more intimate tour (<20 people) with a great crew.

Great spotting and photos. I think I will have to go there someday.

Thank you joan and mayra

Thank you manuelap. was fortunate enough to see hundreds of these last weekend in the waters off the coast of Maine, USA by boat. In terms of the photographs, the birds did all of the work; they don't take bad photos.

Thank you Courtney. That one is my second favorite.