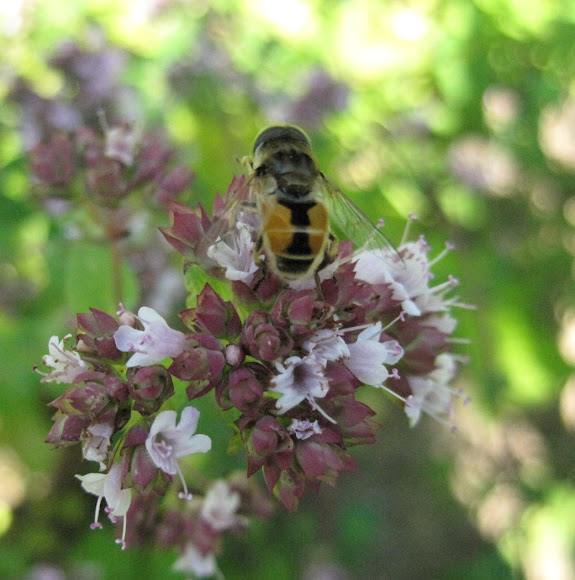 Introduced species from Europe. Larger Syrphid Fly. Almost as large as a Honey Bee. Bee mimic with yellow and orange markings on a black body. The orange markings were bright on some and paler on others, which seems to be a normal variation of this species. White face, which is distinct for this species. Makes a buzzing noise when it flies and will chase other insects (I observed them chasing Bees, Wasps, Skippers and other Flies) on occasion. Feeding at the Oregano flowers for the most part.

These beautiful flies were everywhere on the flowers. It was not easy to get a face photo since these guys are very active and apparently a bit camera shy when it comes to face shots.

Yes, it does look very similar to my spotting. Thank you