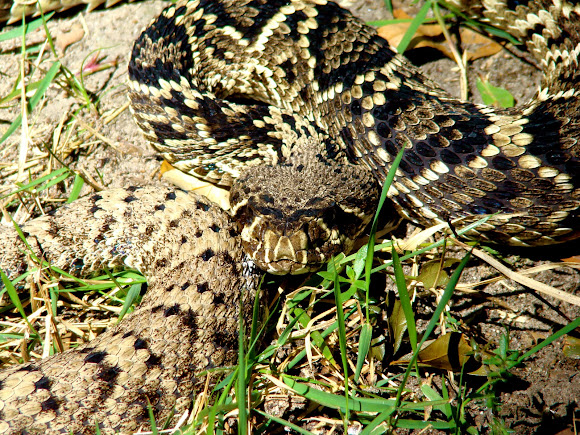 This species of rattler is the largest in the world. Reaching lengths of over seven feet is some cases, these pit vipers are also considered the most dangerous venomous snake in North America. The range of these snakes stretches from North Carolina down to Florida and out to Louisiana, Alabama, and Mississippi. While they aren't protected, this species is slowly on the decline and becoming hard to find in some areas. Bites cause extreme tissue damage and are usually VERY serious.

Pinelands, coastal plains, cypress swamps. They apparently can occupy just about any habitat in their range here in the southeast.

I've only come across one of these ( not the one pictured) and it happened to be one I took from someone who had either found it or was keeping it. It was to this day the most regal and powerful snake I've had the pleasure of being around. I'm sure finding a unicorn feels about the same as finding one of these snakes.

I've seen a couple in the wild myself and you're right it's without a doubt a very privileged experience.