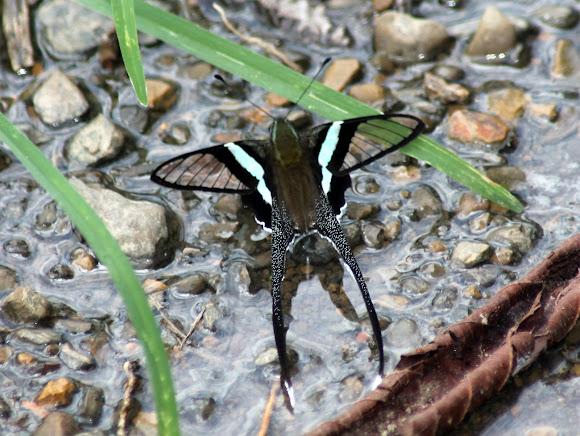 The butterfly is found in northeastern India, in the states of Assam, Arunachal Pradesh, Manipur and Nagaland. It is also found in Myanmar, Thailand, Laos, Vietnam, southern China (including Hainan), Cambodia, peninsular and eastern Malaysia, the Indonesian archipelago, Brunei, and the Philippines. In Indonesia, it is found on the islands of Sulawesi, Kalimantan, Nias, Bangka and Java. In 2006, it was reported from Zhangjiajie of Hunan Province.