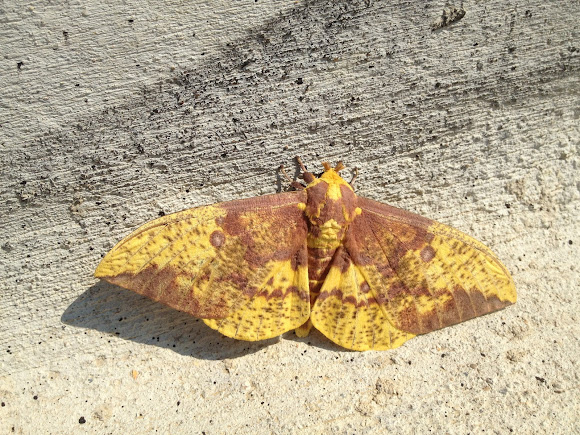 "Eacles imperialis is one of a few saturniid species in a regional decline throughout the northeastern US, with some New England states lacking records for many decades. A colony on Martha's Vineyard, Massachusetts has been the subject of scientific and local political activity, especially concerning preservation of sensitive frost-bottom oak/pine habitat. Reasons for decline are unclear, as is the true northern limits of nominate imperialis' range, due to possible confusion with subspecies pini in existing records. Imperialis is certainly a common species of middle-atlantic states, appalachia, the Ohio Valley and Deep South regions, and is associated with forest, rural and suburban habitat. It is possible that to the north, imperialis requires specific habitat and the increasing fragmentation of niches such as coastal or montane pine barrens is a factor." - wikipedia