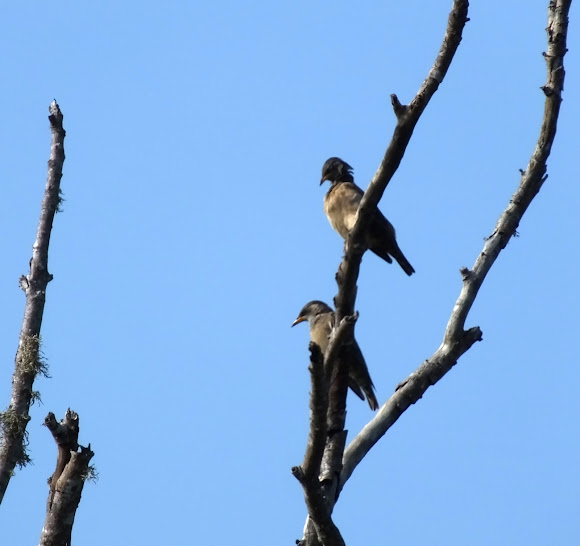 The adult of this species is highly distinctive, with its pink body, pale orange legs and bill, and glossy black head, wings and tail. Males in the breeding season have elongated head feathers which form a wispy crest that is fluffed and more prominent when the bird gets excited; the crest is shorter in winter and the black areas have paler feather edges, which get worn away as well as the black becoming more glossy in the breeding season. Winter plumage in males is rather dull. Females have a short crest and are duller overall, especially without the sharp separation between pink and black.

Yala National Park, Sri Lanka Yala combines a strict nature reserve with a national park. Divided into 5 blocks, the park has a protected area of nearly 130,000 hectares of land consisting of light forests, scrubs, grasslands, tanks and lagoons. One block is currently opened to the public. Situated in Sri Lanka’s south-east hugging the panoramic Indian Ocean, Yala was designated a wildlife sanctuary in 1900 and was designated a national park in 1938. Ironically, the park was initially used as a hunting ground for the elite under British rule. Yala is home to 44 varieties of mammal and 215 bird species.

OUr guide got SUPER EXCITED when he saw these flying overhead. Apparently you don't see them much there. Or....(he was a young guide and he had not seen many himself!) :-) Anyway we off course became very excited too.