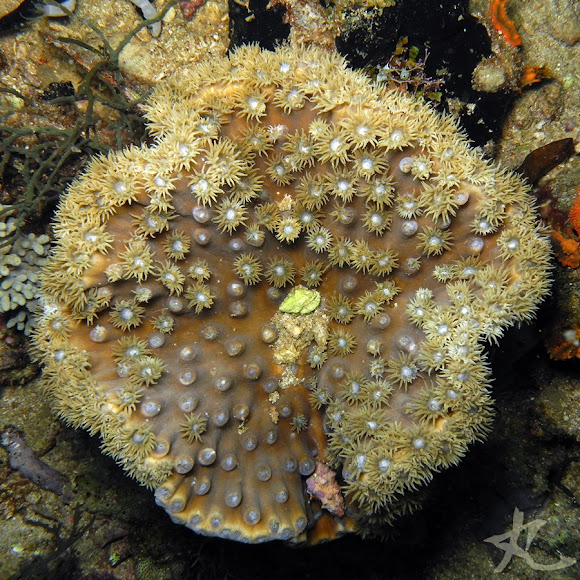 Turbinaria patula is a stony coral whose colonies form plates that can reach 1m in diameter. It is a zooxanthellate species. As with other Turbinaria coral, its polyps are large and occur on the topside of the colony. When the tentacles are extended, the polyps look like sunflower blooms. IUCN lists this species as Vulnerable.

Found on inshore reefs and shallow rocky foreshores of subtropical locations. This species is found from 7 to 20m.

Spotted this uncommon coral species in 6m of water at the Big Ligid dive site, off the northern coast of Samal Island, Philippines. It was obviously still a young colony, with only one disc measuring about 10cm in diameter. There were no other T. patula present in the vicinity.