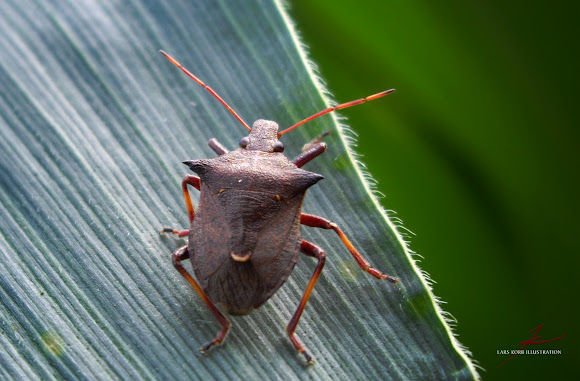 Body length from 10 to 14 mm, typical are the two thorns at it's neck-shield. The shown specimen is close to, but not entirely adult yet.

It has a wide distribution in the Palaearctic, from 64°N to North Africa and from the British Isles to China. It has also been introduced, probably more than once, to North America, where it has been recorded from more than 180 sites