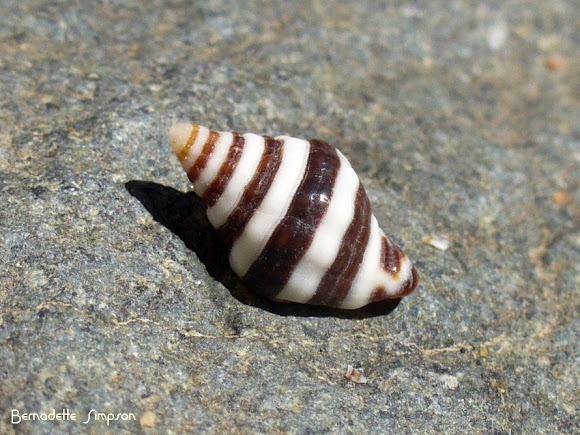 shell of a sea snail, mollusc - gastropod; 9 - 16 mm; dramatic stripes of black and white or brown and white

Common in the Gulf of Aqaba; "This species is distributed in the Red Sea and in the Indian Ocean along Aldabra, Chagos, Kenya, Madagascar, Mauritius, Mozambique, Tanzania , in the tropical Indo-Pacific and Australia." ~ wiki